This is the ultimate bucket-list trip that you just have to do if you’re able to. For 10 long years, I’ve yearned to see what it would feel like to hike the ancient Inca Trail, sleep in the jungle and scale those massive granite stairs. I surely did not have the balls to go by myself, so I waited until my friends wanted to go. I had read about Macchu Picchu back in college and thought one day it would be a cool adventure, hell it was one of the 7 wonders of the world!

For years I’d mentioned it to friends but timing never worked out or they just weren’t interested in roughing it. They were more of the glamping type than the treacherous and excruciatingly physical and mental challenge-type. I felt like I was getting older and eventually, I wouldn’t be able to take on something so physically challenging. So as a birthday gift to myself I said “screw it! I’m doing it!”

When the new year started, I made up my mind that I will be doing it for my birthday no matter what, even if I was going to go about it alone. Now, all I had to worry about was logistics. I researched online and spoke to travel agents for packages. Luckily, my friend Roman pointed me toward an all-inclusive deal with the now defunct Zozi.com that took care of everything. It was just meant to be. This was going to happen.

Once I found the deal, I created a Facebook invite to see if anyone else would like to share my adventure and celebrate my birthday with me. It just happened that my friends, Heather and Luke from Wyoming were also interested. Hooray!!!!!! I told them about it on a Thursday and we purchased our tickets by the following Tuesday. These guys are just down for whatever and shit just got real.

If you’ve never been to Peru, there are a lot of all-inclusive deals online, like LivingSocial, that include flights, hotels, shuttles and permits to the Unesco sites for worry-free planning. Just make sure that they partner with a local (Cusco, Peru) trekking company that treats their porters responsibly and pays them proper wages. We used Kaypi Tours.

Fast forward 8 months later. From wherever you’re coming from, you will most likely land in Lima, the capital city, then transfer to another flight to Cusco, Peru.

Alejandro Velasco Astete International Airport is a very small airport where you land and walk right out into the parking lot. If you hadn’t arranged transport, you should have no problems catching a taxi. I found the people of Cusco very honest and trust-worthy. Never did the thought of getting swindled crossed my mind while I was there, and that included the taxi drivers.

Luckily, our package came with a private shuttle that whisked us away to the Polo Cusco Suites 10 minutes away. It is walking distance to all the sites Cusco has to offer. I would say it would be a 3-star hotel, but it felt more comfortable than its rating. We lucked out and got the top floor, giving us panoramic views of Cusco’s skyline.

To fully prepare yourself for the elevation, you should stay in Cusco for a minimum of 24 – 48 hours before your trek to get your system accustomed to the change in altitude. Many people will know by then if they will need to take Diamox. Take the half-day walking tour of Cusco for best results.

Central Cusco has a lot to offer. The main tourist square is called Plaza de Armas, 10 minutes away from our hotel by taxi (4-5 soles). That’s where most of the shopping, bars and restaurants are located. If you’re looking to book accommodations yourself, that’s where you want to be near. While there, make sure you stop by Paddy’s Irish Pub, the highest Irish pub in the world at an altitude of 11,156 ft.

Before you go to the tourist shops, stop by Mercado Central de San Pedro, Cusco’s food and flea market. This is where the local population shops, and will give you a taste of the indigenous produce as well as test your bargaining skills. They also have so many food stands. If you didn’t know, I LOVE street food, but our guide, Elias, advised against it. It was the hardest thing to resist, but the last thing I wanted was to get the runs on the Inca Trail. I’ll get you next time, food stand. As a consolation, I got all my souvenirs there at 1/8th of the price…everyone got an alpaca fleece hat for Christmas that year.

Here’s some alpaca trivia that you didn’t really want to know. The fleece from the first time the alpaca is sheared, called “baby alpaca,” is the most expensive and is said to be the softest. Subsequent shearings are not as expensive and are not as soft as the first shear. 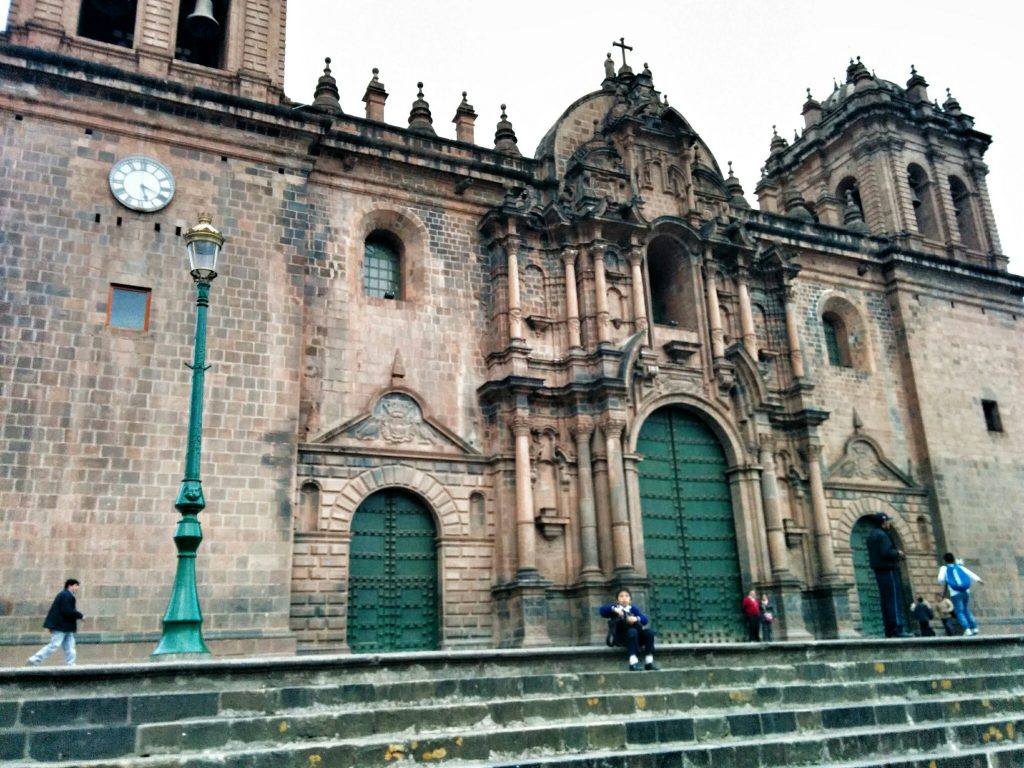 Another great central square is Plaza San Francisco located about 4 blocks from Plaza de Armas. This area is a little bit more off the beaten path and may not have as many tourists as the main square, though you couldn’t tell because of all the students running around from the local schools.

After a morning of exploring, we were ready to try the local food. Make sure you try Peru’s local alcoholic beverage, Pisco Sour. Before our guide, Elias took off we asked for a decent place try our very first Pisco Sour. He suggested Sumaq Maizito.

Another local drink you need to try is Chicha. They have a variety of types of Chicha, so we went to Chicha por Gaston Acurio. Since we were there, we tried their mixed ceviche, veal ossobuco and chicha de molle, and they were all amazing.

After such a great lunch, we continued walking until dark. Before heading back to the hotel, Heather convinced us to stop in at Paddy’s for a brew. It was kinda weird to be in an Irish pub in Peru, but it was good. Hey, it was the highest Irish-owned pub on the planet. Maybe I’d get drunk faster. No chance.

After Luke, Heather and I finished our drinks, we took a taxi and told the driver to take us to what we thought was going to be our hotel. Unfortunately, the driver dropped us off blocks away from the hotel, and we wandered around aimlessly for about 30 minutes. Initially, I was worried about being obvious tourists in a third-world country walking around through dark alleys, but after 10 minutes, those worries went away. The people were so friendly and helpful that we were pointed to the right direction in no time. I love these people! The likelihood of me getting robbed in my own country was probably higher than it happening in Cusco. They had no malicious bone in their body.

After reaching the hotel, we freshened up a bit and met up with Elias and was introduced to Raul, who was going to be our wonderful guide through the Inca Trail. They gave us the rundown on what to expect and took care of arrangements regarding porters, equipment and supplies. Early tomorrow morning my dream was going to happen.

Peru: A Surprise At The Top of Macchu Picchu 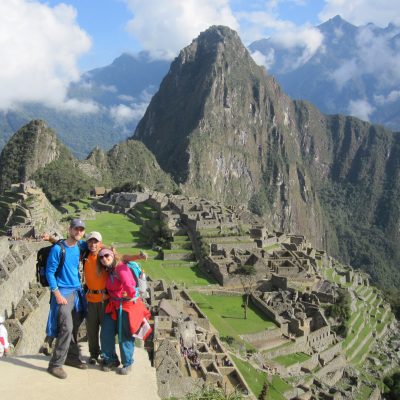 Iceland: Don’t Mess with the Elves 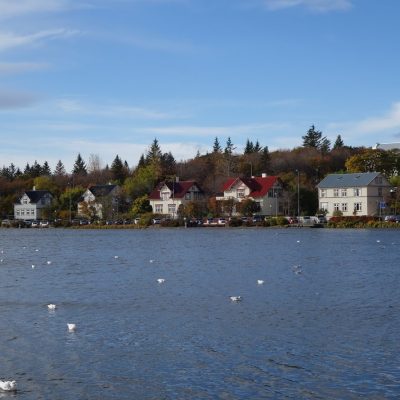 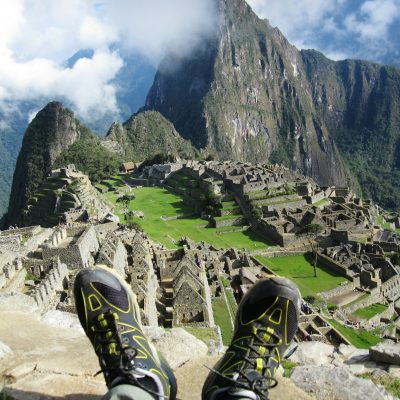 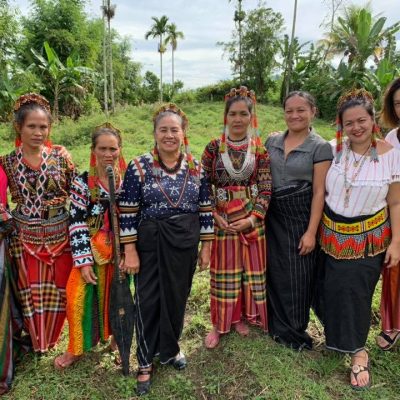